AN ENGINEERING MARVEL AND HAVEN FOR BIODIVERSITY

Endangered birds such as the great-billed heron and Malaysian plover call Pulau Semakau’s mudflats home, wading through the water in search of their next catch. When the tides recede, you may encounter the giant carpet anemone, sea urchins, sickle seagrass, nudibranchs and the impressive knobbly sea star. Pulau Semakau’s waters are also home to a fish farm.

Looking at the landscape, it may be hard to believe that this is a landfill. Some have even called it the “Garbage of Eden”. The 350 ha landfill is able to contain 28 million m3 of waste. Semakau Landfill was the brainchild of engineers at then-ENV, who proposed turning the sea space between Pulau Sakeng and Pulau Semakau into a landfill.

It was an ideal solution, as space was running out at the last inland dumping ground at Lorong Halus in the 1990s. Competition for land was also getting increasingly intense with rapid urbanisation.

Japan’s near-shore landfills were studied, along with the United States’ barging systems for offshore facilities.

In 1994, Parliament gave its stamp of approval and construction began in 1995.

Various measures were taken to minimise the impact on the environment due to construction. This included planting 400,000 mangrove saplings to replace those affected by construction works and the installation of fine mesh silt screens near work areas to reduce the impact of sediment on the corals.

Today, Pulau Semakau is open to the public for intertidal walks to allow everyone to enjoy the island’s biodiversity. 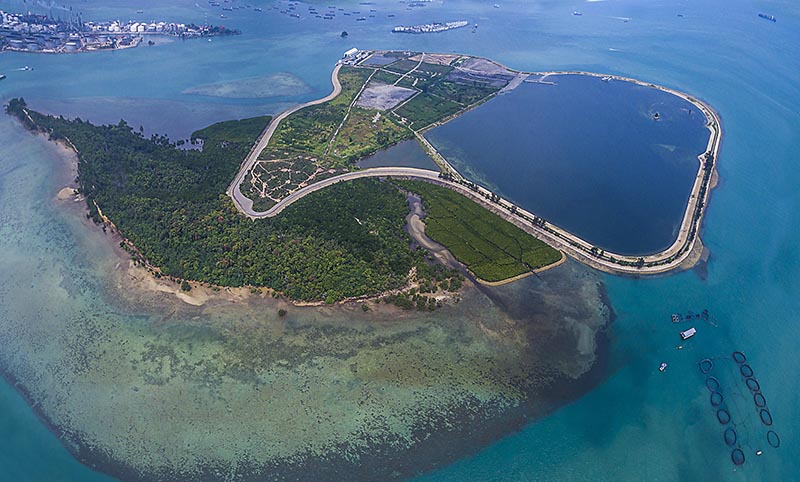